Less than half of businesses running lorries on England’s motorways and major ‘A’ roads are satisfied with how those roads meet their business needs, according to a new survey from independent watchdog Transport Focus. 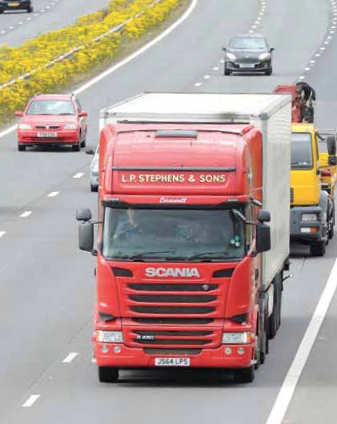 The availability of live travel information came out on top, particularly relating to the level of congestion on roads.

Anthony Smith, chief executive of Transport Focus, said: “Freight logistics businesses are one of the biggest users of England’s motorways and ‘A’ roads, so it’s important that we understand their experiences of using them. This is an opportunity for those businesses to tell us what’s working, what’s not working, and crucially, where they want to see improvements.

“The new survey will help Highways England focus on better meeting the needs of an important group of its customers.”

Chris Floyd, General Manager of Linehaul Resourcing and Development at DPD Group, added: “This survey represents an important message from the logistics sector to Highways England. The events of 2020 have made it even more apparent than before that the bulk movement of goods and people are the strategic pillars of our economy.

“The management of the Strategic Road Network is crucial to UK economic recovery and growth, and in those aims the logistics industry needs to find Highways England open for business. As part of the industry that forms Highways England’s largest customer, I am grateful to Transport Focus for gathering and publishing this survey.”

Other key findings from the survey:

The Logistics and Coach Survey: Strategic Roads will be one of the official measures used by the Office of Rail and Road to monitor Highways England’s performance in the second Road Period, 2020-2025. Transport Focus will continue to share its findings with Highways England to help it drive improvements.

The survey will be carried out next in October 2020 and will be repeated every four months after that.

Logistics UK, the Road Haulage Association and the Confederation of Passenger Transport have all helped in the survey’s development.